The Women’s March was a real eye opener for many people. The number of people, including the men and children who supported them, who participated around the world demonstrated the power of how women operate. Millions in 700 cities and towns worldwide showed up. In the Bay Area we had well attended Marches in San Francisco, Oakland and the usually benevolent Walnut Creek

Do they sound like leadership qualities to you? They do to me.

Now, we’re not talking about a take-down or a take-over. We’re talking about how women can take their leadership qualities and help brands become stronger, help people develop faster, and help businesses operate more creatively.

According to a study IBM did with 1600 CEO’s, the three skills companies believe will move their business in the future are…drum roll…collaboration, communication, and creativity. These skills are the heart, gut, and mind of how women operate.

view it Great leaders have the ability to engage a team

Creating engagement requires leaders to inspire a shared vision, one that they believe in and can represent with their heart, gut, and mind. Defining their team’s roles and responsibilities has to be aligned with how to make that vision a reality. Then giving them a roadmap with how to execute, with the tools and resources they need to be successful, is the key that unlocks their passion to put the ball in the basket. Look at what the Warriors have achieved this season. Yes, there are some superstars on the team, but what is beautiful to watch is the teamwork they demonstrate on the court in every game. I think we can all agree that the women’s march showed the ability of women leaders to inspire a shared vision, and to capture the attention of the nation, if not the world!
END_OF_DOCUMENT_TOKEN_TO_BE_REPLACED

The digital age has revolutionized the way we do business in countless positive ways. First among those may be the ability to connect. If you’ve been around long enough, you remember when you could only make a new connection in one of two ways: by picking up the phone and calling the person, or through a real-life face-to-face meeting.

Today, the task of making a “connection” is much simpler. It may only be as difficult as following someone on Twitter or clicking the “Connect” button on LinkedIn. The rise of digital connectivity has given all of us the ability to build networks of thousands of people without the barrier of geography. 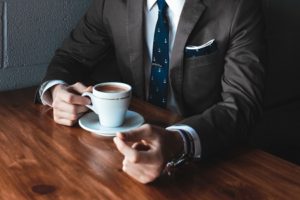 However, anyone who has an expansive network of digital connections knows that many of those relationships aren’t too meaningful. You probably have LinkedIn connections or Facebook friends whom you haven’t spoken with in years, or maybe ever. While it’s good to have those individuals in your network, can you really count on them as an asset to help you substantially grow your business in 2017?

There’s still no substitute for real life, real world, offline connections. Unfortunately, in my role as an executive sales coach and consultant, I meet far too many salespeople and sales leaders who don’t have the skills necessary to develop those person-to-person relationships. They rely on digital connections and, in doing so, don’t nurture the skills to needed for first-person connections. END_OF_DOCUMENT_TOKEN_TO_BE_REPLACED

As salespeople, we’ve all asked this question at one time or another in our careers. We’re pitching our product to a prospect and it seems like such an obvious, no-brainer decision for them to say yes and agree to the sale. For some reason, though, they resist. Maybe they can’t make up their mind. Or perhaps they can’t seem to focus on how your solution’s benefits solve their problem. They might be attracted to an irrelevant feature on a competitor’s inferior product.

No matter what path you take, you can’t seem to crack the prospect. You can’t understand their analysis or their decision-making process. All you can do is sit back and wonder: What exactly is happening in their brain? 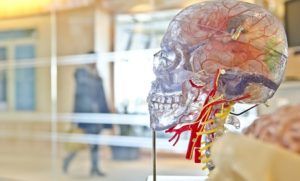 I’ve recently been working with SalesBrain and I’ve found their research  to be very powerful.  They’re taking a scientific look at the brain from a sales perspective, so salespeople can better understand how buyers make decisions.

At the core of their work is the fact that humans actually have three brains. That’s right. You, me, and everyone we know has not one, but rather three brains. Of course, these three brains all join together to form the common brain outline and shape that we’re all familiar with. END_OF_DOCUMENT_TOKEN_TO_BE_REPLACED

There are any number of bad traits and habits in a salesperson that can instantly turn off a prospect. One is being a poor listener. Another is being overly pushy or aggressive. Many prospects are turned off when salespeople speak about features without really understanding the prospect’s concerns.

However, there is one trait that may be more offensive than any others. It’s desperation. In my 30 years of experience as a sales leader and sales coach/consultant, I have seen firsthand that many buyers base their decisions not on the value of the solution, but rather how they feel about the salesperson. They buy you, then the company, then the solution. People want to work with people they like and respect. Often, that’s the key ingredient in any successful sale. 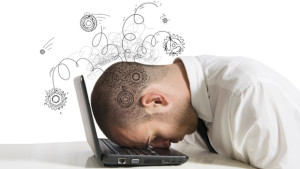 In my experience, most “desperate” salespeople don’t realize how they come across to prospects. They don’t see themselves objectively,  so they don’t understand how their actions create an image of desperation. END_OF_DOCUMENT_TOKEN_TO_BE_REPLACED

A new school year is almost here, which means thousands of teachers across the country are setting up their classroom and preparing for a new batch of students. It’s a job I don’t envy. Corralling 20 or more kids into the right place at the right time, getting them to follow a process, leading them all toward a common goal – those are challenging tasks.

Being a sales manager isn’t much different, though. In a lot of ways, grown-ups are just bigger versions of children. They like to rebel against leadership, especially leaders they don’t trust or respect. They question strategies that they don’t understand or don’t agree with.They’re sometimes driven by emotions and they can often make questionable decisions. As a sales manager, you’re managing people as much as you’re managing the sales function. 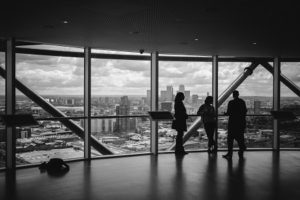 Being a great sales manager isn’t easy. It takes years of experience and practice. It takes a lot of trial and error. You can advance your development, though, by at least avoiding the actions and habits that make the job more difficult.

I can’t definitely say what will make you a great sales manager and what will take your team to the next level. That depends on your market, your specific challenges, and the people you have on your team. When I consult with sales organizations or coach sales managers, I go through a thorough due diligence process before I prescribe recommendations.

However, there are some things that I can say with 100 percent confidence will make your job more difficult, and may even restrict sales. Below are four of the policies and management techniques that frustrate salespeople the most. I’ve seen these issues more times than I can remember during my 30-plus years of sales leadership and consulting. END_OF_DOCUMENT_TOKEN_TO_BE_REPLACED