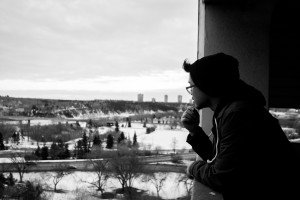 You’ve made your presentation to your prospect. Everything seems like it’s gone well. They’ve nodded along at all the right parts. They’ve asked good questions, indicating that they’re taking the proposal seriously. They’ve even given some verbal cues that show they like your ideas. They’ve had a couple of objections that you’ve addressed effectively.

You feel good as the meeting winds up. Good enough, in fact, to ask them for the sale. Your prospect takes a deep breath and then says….

“Let me think about it.”

For many sales professionals, this is the most difficult objection of all to overcome. Why? Because it’s not quite an objection. They want to think it over. They’re not dismissing the idea out of hand, which is a good thing. Then again, they’re not embracing your proposal either, and that’s definitely not a good thing.

In my experience, “think about it” means one of three things:

None if these are ideal. In the first case, you don’t want to spend valuable time following up on a proposal that’s dead in the water. And if there is a real objection, it’s important that you find out what it is so you can make an attempt to overcome it.

Unfortunately, in my sales coaching experience, too many sales professionals take “think about it” at face value. They leave the meeting and hope that all the prospect’s “thinking” leads to a deal. Sometimes it does…..maybe five percent of the time.

More often, though, the thinking is a way for the prospect to say no without actually having to verbalize it. The salesperson wastes time following up and unrealistically keeps the deal in his or her pipeline. Eventually, the deal and the prospect fall off the radar.

There’s a better way. When your prospect says that he or she wants to “think about it,” that shouldn’t signal the end of the conversation. Rather, it should kick off the next phase of the conversation. If your prospect wants to think about it, they’re not convinced, and it’s up to you to find out exactly why they’re not convinced. You should spend some time asking some good, open-ended questions to get to the bottom of their resistance.

Here are five questions that I like to ask when a prospect wants to think about it. Try a few of them out in your next sales presentation. Just be sure not to phrase them in a way that elicits a yes or no answer.

What parts of the proposal do you want to think about?

Before you leave the meeting, you need to know exactly where you and your proposal stand. The best way to find out is simply to ask. There’s something in your proposal that doesn’t meet their needs or expectations, so why not just ask what’s giving them pause.

You might find that cost is the issue. You may find that they’re leaning towards a competitor. You could learn that they’re debating whether to go through with any kind of purchase. Once you drill down on the roots of their resistance, you can then start chipping away at that specific objection.

However, you can’t overcome the objection if you don’t know what it is. That’s why you can’t let the meeting end without asking this question.

What could I change about this proposal so we could move forward today?

How many deals have you lost where the prospect simply never gave an answer or fell off your radar? What if simply changing the price, the terms, or the service would have helped you advance the conversation?

The problem is that when you let a prospect think about it, you’re letting them consider the deal on their own terms. They don’t know that you’re flexible on price or that you can easily alter the delivery date or that you can make any number of changes to meet their goals and needs.

Before you and your prospect leave the meeting, try to find out what they would like to see improved. Maybe it’s something simple that you can agree to on the spot. Maybe it’s something more complex that you’ll have to work on. Either way, you’ll know the next step to keep the process moving.

What are the alternatives you’re considering?

If they want to think about it, there are obviously alternatives in the picture. It could be one of your competitors or an alternative solution. Or you could be competing against doing nothing at all. Whatever the alternative, you need to know what it is so you can formulate your response.

I see many salespeople who are so consumed with the competition that they think their primary competitor is always the main alternative. What if you found out that the prospect was trying to decide between your service or having an employee handle the service internally? Wouldn’t that change the nature of your presentation?

Don’t assume that you know the prospect’s mindset. If they want to think about it, you have competition, or budget issues, or they are not the key decision maker. It could be a myriad of reasons.  It’s up to you to find out what’s holding them back from saying ‘Yes, let’s do it’.

What day next week would you like to meet again?

I like to ask this question to see if they’re sincerely going to think about the proposal. Too many people use “think about it” as a way to get out of saying no. Push them to schedule a followup meeting. If they’re only using “think about it” to avoid rejecting you, they’ll dance around the issue and try not to commit to a date.

If they do commit to a follow-up date, that’s a sign that they’re taking the proposal seriously. Then you need to ask one of the three previous questions to figure what you can do between now and the next meeting to close the deal.

Don’t ever end a meeting with letting the prospect “think about it.” That’s a vague term that gives you no instruction or insight on how to move forward. You’ll be in neutral, at the mercy of the prospect as they take their time weighing their options.

If you have trouble asking these questions or with closing the deal, let’s talk about it. Everyday, I help salespeople just like you overcome their challenges and reach goals that were previously beyond their line of sight. Let’s find time to talk about how you can win more, work smarter, and become a master salesperson.

Follow me:
Judy Frank
Founder & Owner at Vortexology
Judy has more than 30 years experience in helping sales organizations and salespeople focus their energy and accelerate their success. She's passionate about helping others tap into their internal points of power and reaching a new level of achievement.
Follow me:
Latest posts by Judy Frank (see all)
© Copyright - Vortexology - Elevating the human spirit, inspiring change in personal & business life.